Enter your City name or Pincode

What is Raise Your Voice?

Here’s a social platform for you to let it all out! Raise Your Voice is a public forum - of the people, for the people and by the people - to discuss all such issues, whether personal or common, which you would like to share & discuss and bring it to the notice of concerned people.

So go ahead, Raise Your Voice now.

Blatant and mischievous misrepresentation of facts

Malafide insinuations related to the integrity, probity and judgment of the IndiaOnline Team

The following message will be sent to your friends:
Hi (Friend Name),

I have recently joined Raise Your Voice Indiaonline.in.I thought you will be intersted in sharing your views,comments and opinions on the following post. 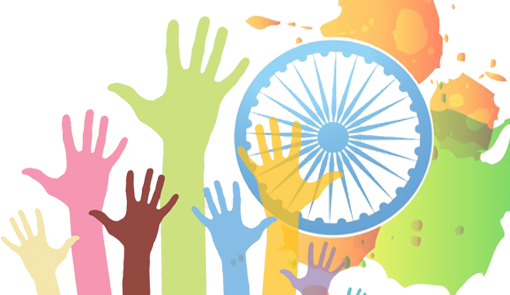 jaago india Jaago
Post Your Issue Here
What Is Raise Your Voice?

Trichy-14 10-01-13. From: Aishwariya.M, D/o Muthusamy M.A, Tech Apprentice-8320362, Bharat Heavy Electricals Limited, Kailasapuram, Trichy-14. To : The Honourable Chief Managing Director, BHEL House, Siri Fort, New Delhi. Dear Sir, Sub: To report the Eve Teasing, Misconduct, Continous Violation against Women’s and Harassment by certain bhel security guards and AGM employee. I was worked as a 'Tech Apprentice' in BHEL, stayed in women’s hostel bhel. From March10th 2012 itself evevning 5 criminals like men stand and eve teased me. but i didnt tell to anyone except my roomate to avoid further problem. On the evening of March 13th-2012, around 5.15pm got permission from warden and came outside the hostel with my roomate girl. They snatched my mobile-phone from us and walked away, before i could react. later i realized they are BHEL securities ( didn’t wear any uniform and dressed like third rated thugs and they were stand eve teased and comment from march 10th. ) We went to security office with my colleague apprentice guy to get mobile back but that security inspector didnt hear anything what i said. He asked me to marry my collegue, that security inspector manickam speaks. If u want your mobile back you should written what i say like. otherwise you cant go out he added. More than 2 hrs i had tortured and he said against women’s very badly. He is not give a break to speak and didn’t hear. Mobile snatched persons also were in security office eve teased. so 6 men securities tortured more than 2 hrs, then i understood the situation and wrote what they say like, not will come out. But they threatened so i wrote what they said like, to come out of that Devil place. However i engaged,so my fiancee asked mar 14th morning next day of that incident, how could you asked irrelavant questions and tortured in night time even spokes every women whose stay in BHEL. He replied to fiancee," i am the superior power u go and give complaint wherever u want no one can do anything to us and added very bad speech on BHEL quarters staff family". So I understood totally in their speech more securities were involved. (Avoided some incident to say earlier complaint letter because 2 kundas try to kill me in Hostel itself if I go walk alone they might spray Acid!!) Easy to know the Highlights what had been done: 1. Mar 13th – Violation on me occurred and Security Inspector Manickam & his collegue securities acted as a Kundas,eve teasers and exactly like Rulling Military government in Foreign Countries. 2. Mar 4th week - 2 kundas entered women’s hostel but no police complaint login by BHEL security and so doubted they may try to come and kill me, securities didn’t know my room number stayed, so escaped I was. In the mean time i had brain bulging problem and took medical treatment after consulted local doctor. Took treatment From Neurologist Maruthi Hospital may be i gone dead if in case late to admission but god grace sir. AGM Manoharan also didn’t come to hostel when 2 kundas entered, came araamse to hostel after 84hrs of incident nearly 4 days. 3. April 2nd weekend - My fiancee met CSO (cheif security officer-CRPF) CSO avoided my fiancee more than 2 weeks to meet. After let he understood no way to escape from my fiancee to meet. Then CSO said we will do whatever we want, you go and complaint whomever, nobody will cant do anything said like rulling military government in Foreign countries. He said very clearly we take any girls, any time wherever we want to take and no girls should come out, we can log anything if they try to show us a victim. This is a gross violation and Harassment speech affecting Women’s. If you enquire through EG Medical test to those who victim let u know sir how worst securities are working under a BHEL security. In the time I need to say some good securities are also working in BHEL security inside the company. 4. April 3rd week - I had sent mail to You sir, about this Harassment. 5. May 14th - 2nd meet to police SP, she said would ask to enquire. 6. May last week - Womens station police ask securities to come local womens station and in the same time from BHEL Delhi enquired TO ED trichy BHEL about this violation. 7. June 1st week - Hostel incharger AGM Threatened, vacate the Hostel because of complained has sent abou
No comments Available.

* Help us keep the Discussion Boards clean and respectful. We take online abuse seriously. Read the terms of use to avoid having your message deleted

We seek to promote lively discussion and debate. We believe that our users have the right to express themselves freely in a manner that is courteous and respectful of others' points of view and sensibility.

Repeated violations may lead to suspension and/or termination of your message posting privileges.

Please review your message; you cannot delete/edit once it has been posted.